‘Welcoming Cities? Understanding Sanctuary in Securitized States’ is a three-year research project led by Dr Rachel Humphris and funded by the Leverhulme Trust. It explores how sanctuary works in the sanctuary cities of San Francisco (USA), Sheffield (UK) and Toronto (Canada).

Cities are growing rapidly across the world. Nearly four billion people live in cities globally and one fifth are migrants. Cities are faced with the practicalities of providing services to these migrants (such as education, health, housing), but at the same time national governments are introducing increasing restrictions and complex requirements that can make this more difficult.

In the wake of the United States presidential election of Donald Trump and the UK Brexit referendum, hostility towards migrants has increased. Many face nationally mandated exclusion from services and live in increasing fear of deportation. 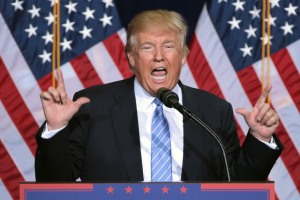 In this context, there has been an outpouring of volunteerism and alternative political discourses to challenge this hostility. The term ‘sanctuary city’ has emerged to describe the policies and practices that support urban residents with uncertain migration status.

There is no single definition of a sanctuary city and they take various forms within and across different countries. While the history of the sanctuary movement began in the USA in the 1980s as a response to Central American refugees fleeing conflict, it has recently seen as resurgence.

For example, more than 700 localities throughout the USA have now adopted formal or informal policies that restrict local policy cooperation with federal immigration enforcement. These jurisdictions often refer to themselves as ‘sanctuary cities’.

In Canada, five cities currently have sanctuary city designations (Toronto, Hamilton, London, Ajax and Vancouver. Montreal City Council passed a unanimous motion to become a sanctuary city in February 2017 but Mayor Valérie Plante declared in December 2018 that Montreal was a ‘responsible and engaged’ city and would no longer be using the term ‘sanctuary city’). These cities have revised their municipal policies to allow residents with uncertain migration status to access city level services.

In the UK, there are more than 90 cities and towns that have declared that they are ‘Cities of Sanctuary’. Rather than formal policies, UK Cities of Sanctuary make a broad commitment to creating a welcoming environment for forced migrants.

The project aims to understand how and why some cities decided to designate themselves as a ‘sanctuary city’. 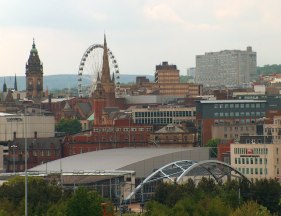 It explores how ‘sanctuary’ is translated into city-level policies and experienced by frontline workers who put these policies into practice. It does this through in-depth fieldwork; interviews with urban policy-makers and frontline workers; and analysis of policy documents in three pioneering sanctuary cities: San Francisco, Sheffield and Toronto.

But what are the driving mechanisms behind sanctuary practices? What are city-level actors’ motivations, justifications and moral standpoints? And, what is the role of cities more broadly in the governance of global migration during rapid urbanization and demographic, economic and political change?

This project answers these questions through a historical and comparative approach of sanctuary policies and practices.

First, the research will provide new comparative policy relevant data on how sanctuary cities work on the ground in three countries across services including health, education, housing and children’s social care. It will identify innovative practices across the three case study cities. It will also shed new light on how the notion of ‘sanctuary’ changes in different national contexts and with what effects.

Second, taking a ‘multiscalar’ approach (Glick-Schiller and Caglar, 2018) the research will explore how migration is creating new urban dynamics requiring new methodologies and theoretical approaches to re-think the contemporary city. In particular it will advance the following theoretical concerns:

The project is working in collaboration with: 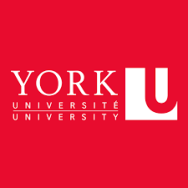 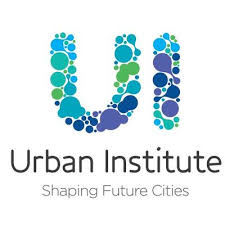 The project is funded by:

The data collected is used for research purposes only and is strictly confidential.